Back
Back
Back
COVID-19 Update: For the health and safety of our students, our cohorts will conduct classes virtually.
Chat live with admissions to learn more.
Read Our Blog » 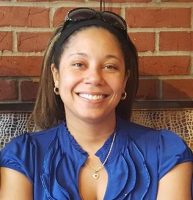 Terra has worked in software engineering and web application development for nearly 10 years for companies across the country.

Born in Omaha, Nebraska, her parents placed her in a web technologies summer camp when she was 12 years old and she’s had a passion for web development ever since.  Years later, Terra continued her education by getting a Bachelor’s degree in Computer Science from the University of Missouri and a Master’s degree in Information Technology with a focus in web development and design from the University of Denver.

In addition to teaching at University of Denver Coding Boot Camp, she is also employed as a web developer at Wells Fargo.  She truly enjoys building full stack web applications by day and teaching students how to do the same in the evenings.

Back to Instructors Page